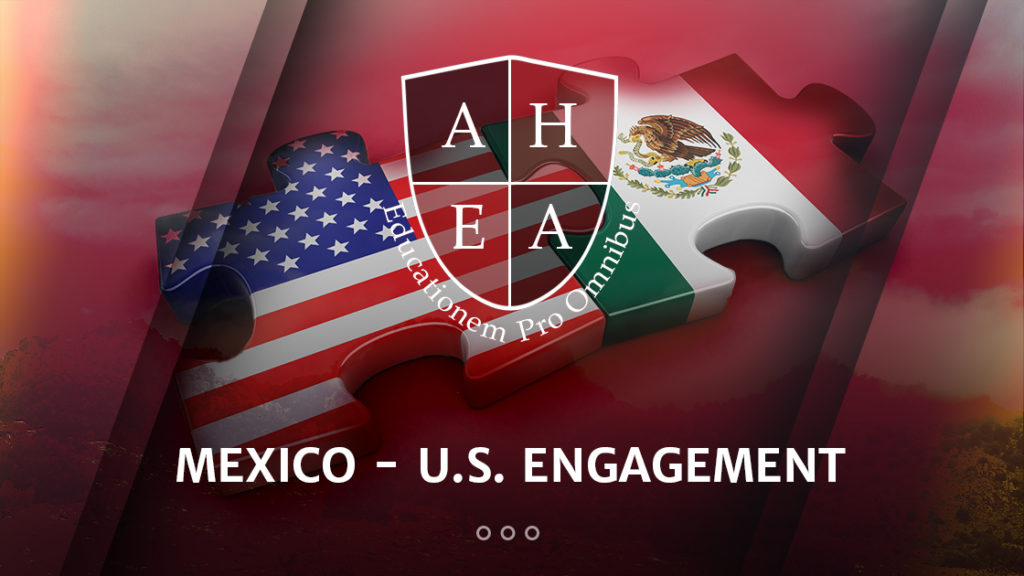 According to the most recent Open Doors report from the Institute of International Education (IIE), 5,736 American students took part in study abroad programs in Mexico over the course of the 2017/18 academic year. Although Mexico was the destination for only 1.7% of all U.S. study abroad students – and drew even higher numbers of U.S students in the past -- this figure does represent an increase of 10.8% over the previous year. As indicated in the chart below, nearly 17,000 Mexican students came to the U.S. in 2016/17.

These results may seem disappointing in light of the goals established by leaders on both sides of the border. For example, in 2011 President Barack Obama’s administration launched the 100,000 Strong in the Americas project. As its title suggests, the founders hoped that the funding and exchange opportunities made available through the project would lead to dramatic increases in student mobility -- with 100,000 U.S. students studying in Latin America and the Caribbean, and 100,000 students from Latin America and the Caribbean studying in the U.S. by the year 2020 (the actual numbers were 51,500 and 78,000 in 2017/18, respectively, according to the IIE). In 2014, President Enrique Peña Nieto of Mexico launched the equally ambitious Proyecta 100,000, with the aim of having 100,000 Mexican students studying in the U.S. by 2018, and 50,000 U.S. students studying in Mexico.

These initiatives are cited in a recent report from the American Council on Education (ACE), which also provides a valuable review of Mexico-U.S. higher education engagement to date.[1] In the case of mobility trends and prospects, the authors find for example that program fees pose a significant obstacle for both American and Mexican students, while American student mobility has been further hindered by student and parent ‘perceptions of Mexico as an unsafe destination.’ They also find that student mobility programming and other activity by U.S institutions, ‘is heavily concentrated in the U.S.-Mexico border region. In fact almost half of all active U.S.-Mexico exchange programs tracked by their study ‘involve institutions in Arizona, California, New Mexico, and Texas. Similarly, ‘when it comes to Mexican students enrolled at U.S. institutions, the border region is again strongly repre­sented.’ The same pattern holds true finally ‘in the research realm.’ For example, the ACE reports that ‘of the 22 Mexico-fo­cused research centers housed at U.S. institutions, nearly 70 percent (15 total) are based at universities located in U.S. border states.’[2]

According in sum to the authors, the findings highlighted above provide some cause for hope. Indeed, ‘given the size and diversity of the two systems, there is clearly untapped potential to involve a greater number and variety of institutions in both countries in collaborative activity and other forms of cross-border engagement.’[3] These opportunities might be realized, they advise, through an increase in ‘professional development support and education for international programs office staff to learn about Mexico and its higher education system, and to meet with counterparts from Mexican institutions.’ Greater institutional investment in such endeavors will certainly prepare U.S. staff to ‘work effectively with faculty and others around campus to identify and pursue Mexico-related opportunities.’[4]