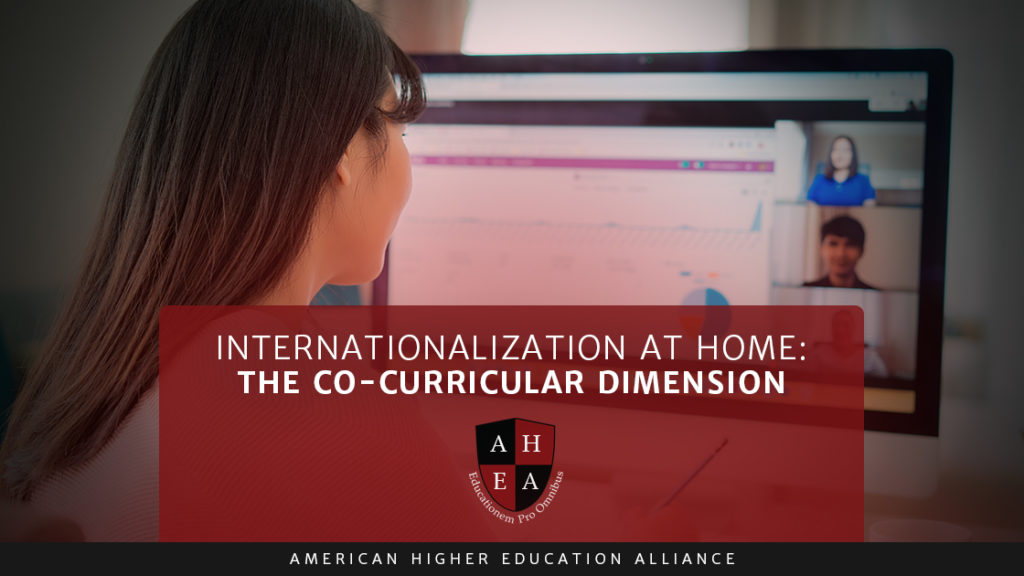 The term Internationalization at Home (IAH) was coined in Europe in response to the early results of the ERASMUS program. Although committed to the goal of increasing student mobility across national borders, European higher education leaders were nevertheless forced to acknowledge that the participation rate in study abroad programs was low and likely to remain so over the foreseeable future. As Bernd Wächter observed on the tenth anniversary of the program, ERASMUS ‘had not even reached its mobility target of a 10% study abroad rate, and there was no hope of ever achieving more substantial results in the future’ (Wächter 2000, 5). ‘The important question’ thus arose, recalled another leading figure in the development of the program, of ‘how to give non-mobile students an international dimension in their university education’ (Nilsson 2000, 21). The attention of scholars such as Nilsson quickly shifted to curricular and complementary initiatives on the local level which might serve to cultivate the ‘broadmindedness’ and ‘respect for other people and their cultures’ pursued through mobility programs. It was further hoped that an ‘internationalized curriculum’ would serve to increase the participation rate and even efficacy of study abroad endeavors (Ibid; see also Leask, 2015, 19).

The issues raised above clearly apply also to higher education institutions across the United States, where, despite steady gains in recent years, only 2-3% of the total undergraduate student population takes part in an international program of study. As in the case of Europe, Internationalization at Home has accordingly been pursued as a means to enable the vast majority of American students to attain the international and intercultural competencies (appreciation of diversity, global issues, comfort in working with people from other cultures, etc.) deemed necessary for ‘effective participation and leadership in an increasingly complex and diverse global environment’ (Soria and Troisi 2014, 262). In the words of one well known American author, the success of such endeavors, known also by related terms such as ‘internationalizing the curriculum’ and ‘comprehensive internationalization’, depends not on a single area of practice, but on the ability of higher education leaders to ‘infuse international and comparative perspectives throughout the teaching, research and service missions’ of their institutions (Hudzik, 2015, 7).

IAH is therefore understood as comprising a host of mutually reinforcing initiatives and commitments. These range from the re-design of course curriculum and learning outcomes to international student recruitment – an area in which American institutions have enjoyed a considerable measure of success: According for example to the latest Open Doors report from the Institute of International Education, nearly 1.1 million foreign students are pursuing some portion of their educations in the United States. International students now account for 5.5% of the total student population at US colleges and universities. As the authors of one recent work point out, the very presence of such large numbers of foreign students on US campuses ‘alone demands that university students develop intercultural competence (ICC) in order to interact successfully with diverse peers and professors and maximize their collegiate experience’ (Griffith et al, 1).

The classroom is one critical area in which the student interactions connected with the development of the competencies cited above is ideally is intended to occur. Unfortunately, research on this subject suggests that classroom interactions between foreign and local students, as conducted for example through group projects and similar collaborative activities, have fallen well short of expectations. Citing, for example, an abundance of recent scholarship, Neil Harrison reports that ‘students tend to self-select into pre-existing friendship groups that have a strong component of cultural homophily.’ These results appear to stem, he continues, from ‘an instrumental concept of academic success – in short, that international students jeopardize marks, whatever long-term benefits they may bring’ (Harrison, 422-424). Harrison adds that the low level of interaction reported in classroom studies reflects what is happening on campuses at large: If researchers suggest that local and foreign students are ‘well-disposed’ towards one another, ‘actual contact between the two groups is generally found to be uncommon, unstructured and lacking in meaning’ (Harrison, 2015, 416). Writing on the experience of the UK and Australian institutions, Betty Leask similarly observes that ‘for some time it was a commonly held belief that by increasing the diversity of students on campus, bridges of tolerance and understanding and lifelong friendships between international and local students would be formed, transforming the learning of all… It has become increasingly clear, however, that this is not the case’ (Leask, 2015, 19; see also Leask 2009, 215, Gregersen-Hermans 2015).

Given the results of these and similar studies, scholars have increasingly considered the manner in which co-curricular programming and activities might positively affect the incidence and quality of interactions between foreign and local students -- a result which would ideally help to improve interaction within the classroom. According for example to Soria and Troisi, scholars have come around to the view that ‘intercultural development requires time and opportunities for refinement’ and that students ‘need multiple formal and informal opportunities’ to interact’. Current research, they continue, ‘emphasizes that intercultural competence development should occur across a holistic framework inclusive of cognitive, affective, and behavioral domains’ (Soria and Troisi, 2014, 264, 266). The authors sought further to consider if such a ‘holistic’ approach to internationalization at home could produce global and international competencies commensurable with those of study abroad. They ultimately came to a striking conclusion: Citing the results of a study which involved student participation in a range of activities – from courses with an international focus to attendance at ‘lectures, symposia, workshops, or conferences on international/global topics’ – they go so far as to argue that ‘internationalization at home activities can positively influence students’ development of GII competencies as much as – if not more than – traditional study abroad’ (Soria and Troisi, 2014, 271-273).

The important role of co-curricular activities in the promotion of intercultural interaction is emphasized also in the most recent ‘Mapping Internationalization on US Campuses’ from the American Council on Education (ACE). Readers of the report will find that the ACE not only lists co-curriculum programming as one of its assessment categories but provides a description too of activities which are deemed particularly beneficial. These are as follows:

3) Residence hall with special programs designed to facilitate the integration of U.S. and international students

5) Regular and ongoing international festivals or events on campus

In terms of findings, the ACE report includes the positive news that a greater percentage of institutions are offering co-curricular programming. However, they note too ‘an important caveat’. Specifically, ‘the most ubiquitous co-curricular programs (e.g., international festivals and events and a meeting place for students interested in international topics) are ones that, in and of themselves, do not necessarily entail sustained and intensive engagement by students.’ The authors add that ‘ongoing programs and those with a more intensive or explicit educational component, though offered by an increasing proportion of institutions, are still much less common’ (Helms et al, 20).

Although the authors of the ACE report conclude that ‘internationalization efforts are still focused first and foremost on the external’ (Helms et al, 38), the research reviewed here suggests that internal initiatives are receiving considerable interest from scholars and administrators. Co-curricular programming represents a critical area of development in this realm and will be a subject of frequent review in future articles in this series. Upcoming articles will also discuss research trends and findings related to other key components of Internationalization at Home, including the development of new virtual mobility programs, assessment strategies, and ideas for promoting greater faculty engagement.