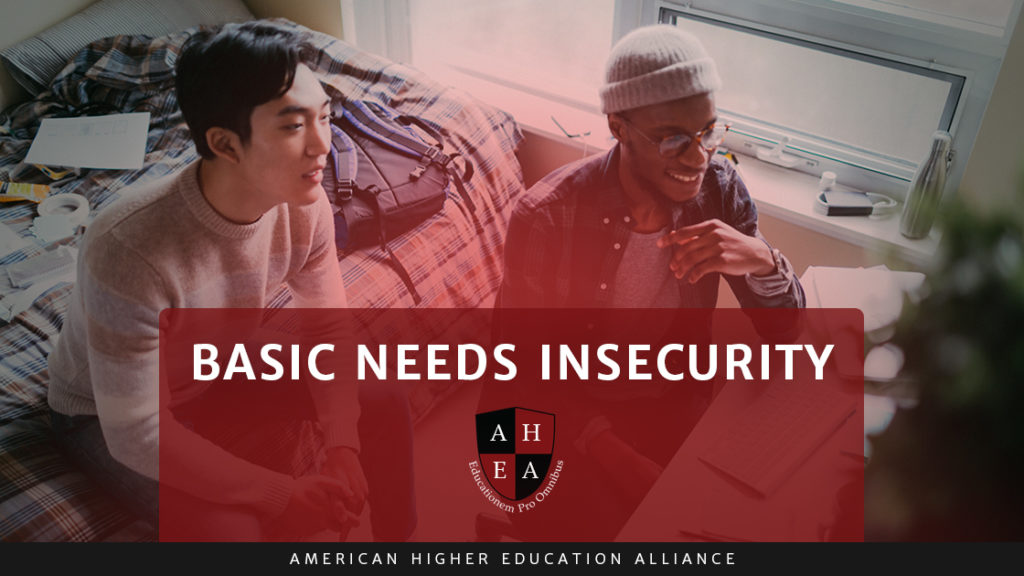 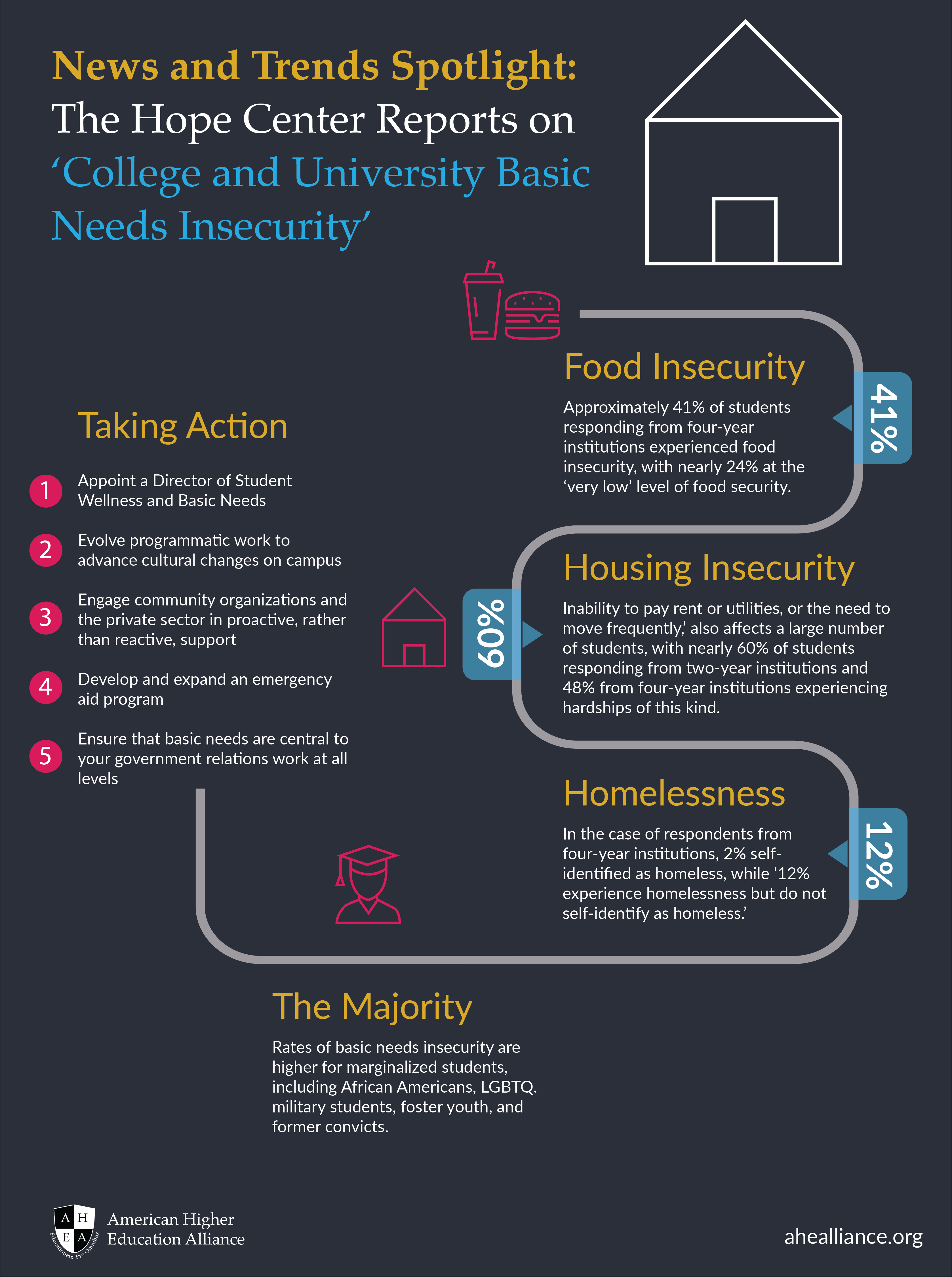 In April of 2019, the Hope Center for College, Community, and Justice, published its most recent assessment of ‘basic needs security’ (or, ‘access to affordable food and housing’) among American college students. The report is based on a fall 2018 survey of students at 123 two- and four-year institutions, with approximately 86,000 students responding.

In the case of food insecurity, which the researchers define as ‘the limited or uncertain availability of nutritionally adequate and safe food, or the ability to acquire such food in a socially acceptable manner,’ it was found that during the 30 days prior to the survey, approximately 48% of students responding from two-year institutions had experienced challenges of this kind. Furthermore, nearly 28% of students fell into the ‘very low’ level of food security. (Note: these results were based on the 18-item Household Food Security Survey Module from the U.S. Department of Agriculture). Approximately 41% of students responding from four-year institutions experienced food insecurity, with nearly 24% at the ‘very low’ level of food security.

Further analysis of these results with respect to the ‘demographic, academic, economic characteristics, and life circumstances’ of the respondents led the researchers to conclude that:

Given the severity and scope of the problems highlighted by their research, the authors call upon higher education leaders to implement the following five ‘action steps’: ‘(1) Appoint a Director of Student Wellness and Basic Needs (2) Evolve programmatic work to advance cultural changes on campus (3) Engage community organizations and the private sector in proactive, rather than reactive, support (4) Develop and expand an emergency aid program (5) Ensure that basic needs are central to your government relations work at all levels.’

Additional information about the Hope Center and the Basic Needs study can be found at: https://hope4college.com/