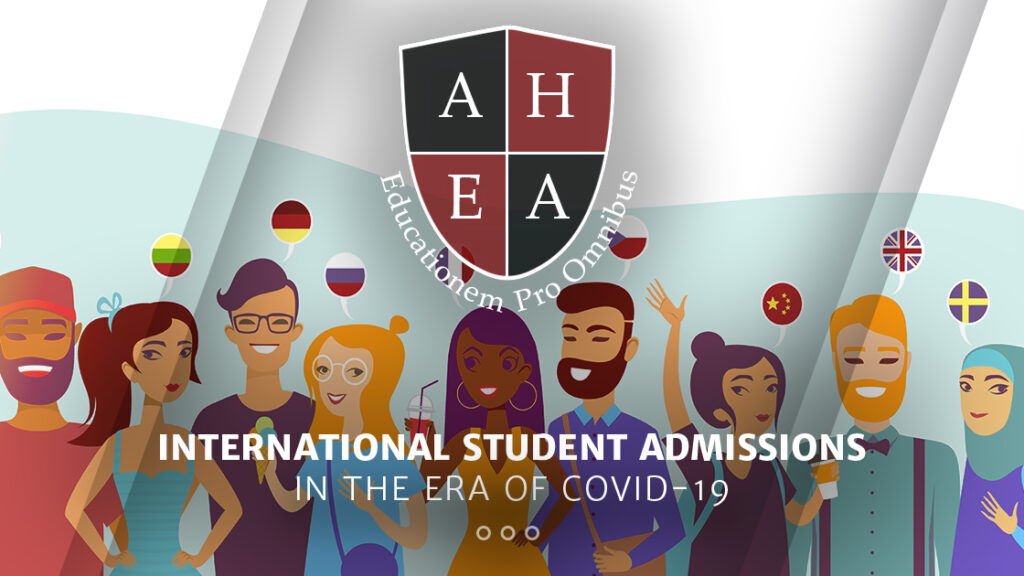 Less than five months into the COVID-19 pandemic colleges and universities are beginning to announce plans to reopen for the Fall 2020 semester, despite not knowing how many students may return to campus. Nearly half of high school graduates have changed their collegiate plans due to the virus, and more current students are requesting gap years than ever before. Admissions are expected to decline across the board due to health concerns, a desire for resident learning, travel challenges, affordability issues as millions have lost their jobs, and continued uncertainty about the virus and its potential second wave.

One subset of students is predicted to see a steep drop in enrollment. Once again, international students are facing unique challenges navigating American higher education.

International enrollment has been declining since 2016 due to various factors, but this year admissions officers are bracing for a “substantial” decline of up to 25%. The majority of international students stayed in the U.S. during the COVID-19 outbreak, but issues with travel—coupled with all the concerns domestic students have—could still prevent these students from returning to campuses and could eliminate a new class of incoming international students altogether.

There are two major reasons for universities to be concerned about a decreasing group of international students: economics and exposure to innovation. We’ll cover both issues below.

Perhaps the largest concern for universities and college towns is the money that would be lost by international students remaining in their home countries. In 2018-2019 alone these students contributed $41 billion to the U.S. economy and supported 458,000 jobs. The ramification of losing the international student population could come with a price tag of up to $2.5 billion—and that’s just in lost revenue from tuition and fees.

$2.5 billion may seem like a drop in the bucket for an industry worth almost $600 billion, so why are so many concerned about waning international student numbers? The main reason is that many higher education institutions operate under an asymmetrical system that has international students subsidizing domestic education.

International students often pay the full sticker price for an American education at rates two to three times higher than their domestic peers. Institutions use these funds to offer financial aid to American students, thus reducing their overall cost of attendance. In fact, it is estimated that for every 10 international students enrolled in an institution, eight domestic students are able to attend postsecondary school.

Colleges and universities are facing a number of economic crises that are causing them to lose revenue, but many are making their budgets work. Missing out on the dollars that international students bring in, however, could be catastrophic for some programs or entire institutions.

International students bring far more than money with them when they come to study in the United States. Exposure to new ideas in a globalized environment allows students to get out of their comfort zones, become better citizens, and think more creatively. These advantages benefit both the international students and the domestic peers with whom they interact.

Many international students go on to become leaders in their respective fields around the world and aid in global cooperation. In fact, dozens of world leaders received a U.S. degree before returning to their home countries.

As strong believers in global education and international collaboration, we at AHEA understand the importance of international students and their positive impacts on higher education—not just in the United States but around the world. These students offer global perspectives and academic diversity and are thus crucial to maintaining rich cultural experiences, exposure to new ideas, and community relations found on so many of our college campuses. As one writer noted, “the United States can’t afford to close the pipeline of talent and tuition that supports its education system and drives its economic future.”

Many students get a degree so they can set themselves up for a successful career. We believe exposure to different cultures will be necessary for those entering the workforce, as fostering internationalization and collaboration is essential for an increasingly globalized world. If colleges want to educate global citizens ready for 21st century careers, they must encourage all students to engage with different perspectives, learn to speak to and with different groups, and solve problems they themselves may not face. Ideas and innovation have long been the foundation of the academy, and international students and taking courses from abroad provide the opportunity to continue this legacy.

Colleges and universities must make a renewed commitment to international students, and adapt resources and support throughout COVID-19, to ensure this valuable population continues to receive an education. Their success, and the success of our future workforce, depends on it.